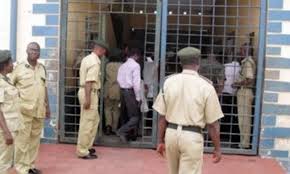 At the matriculation ceremony on Thursda, the Vice-Chancellor of NOUN, Prof. Olufemi Peters, represented by the Director of Abeokuta Study Centre, Dr. Segun Adenuga, in his address, charged the inmates to take the life-changing opportunities seriously.

Assuring the inmates of NOUN’s commitment to making their study memorable, the Vice-Chancellor also advised them to have thirst for knowledge and be a generation that will join hands with others in the diaspora to forge a better future for our nation after their release.

He said: “The occasion underscores the core mandate of the NCoS to reform and rehabilitate those in its care and subsequently reintegrate them back to the society.

“Total number of inmates of Ibara custodial centre studying various degree programmes is now 76, including four Masters degree students, while that of Borstal institute is six.”