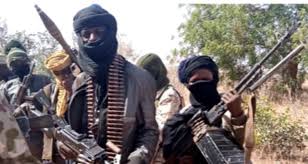 Bandits have threatened to kill a traditional ruler of Bukpe community in Kwali Area Council of the Federal Capital Territory (FCT), Hassan Shamidozhi, in their custody if his family fails to raise N6 million ransom to secure his release under twenty four hours.

The traditional ruler was kidnapped about two weeks ago and N20 million ransom was initially being demanded from his family before it was reduced to N6 million during negotiations.

A royal family source, preferring anonymity, disclosed that the bandits called on phone and threatened to kill the traditional ruler if the family failed to raise the N6 million in the next 24 hours.

According to him: “It was just today (Wednesday) around 10.00am that they called and threatened to kill the chief if the family fails to bring N6m after 24 hours. The threat has thrown the entire family into confusion as we don’t know how to raise the N6 million.”