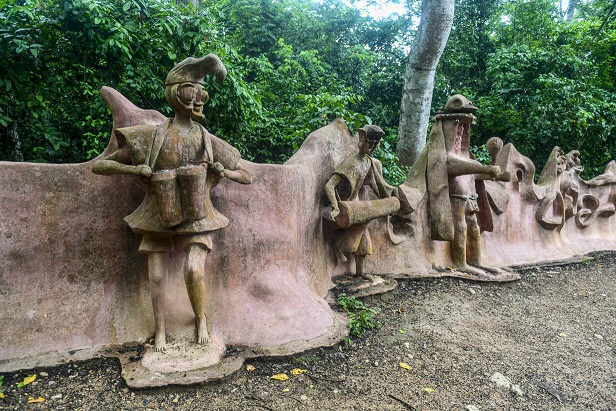 Art works worth several millions of naira were consumed in the fire that gutted the gallery of the Artists’ Village located in the heart of the Osun Grove.

The coordinator of the village, Ambassador Femi Johnson Ogundipe, who was moved to tears, said no one could explain how the fire started though he did not rule out sabotage.
He said artists, whose works are displayed for sale in the gallery, only came to meet the village in ashes.

He lamented that more than 100 artists working in the village are now going to be without jobs unless there is divine help through good spirited Nigerians and the government.

Ogundipe, an international artist, said the existence of the village is based on contribution from individual artists, working in the facility.

The man, who brought the incident to the attention of his other colleagues, Segun Adenle, a textile artist, said he came to work around 7.00 am and discovered the burnt gallery.
Some of the works destroyed in the fire include sculpture, bead works, batiks, metal sculpture, paper works, quilts, and many more.

The curator of the National Museum and Monument Commission, Osogbo Office, Mr. Fatai Olatunji, was among the early callers to the village after the fire incident.
The village was officially opened in 2016.