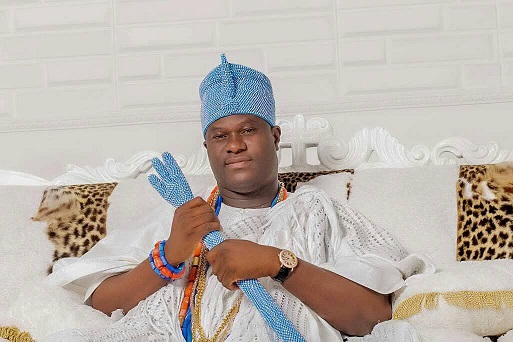 By Charles Akinbode
The fifth coronation anniversary of the Arole Oduduwa and the Ooni of Ife, Ooni Adeyeye Enitan Ogunwusi, Ojaja II, commences on Friday November 27.
The Ooni’s Director, Media and Public Affairs, Moses Olafare, in a statement on Thursday evening disclosed that a meeting was held on Thursday, to plan the anniversary.
According to the statement, rising from the meeting the Ooni’s 5th Coronation Anniversary Committee, led by its Chairman, Hon. Sola Lawal agreed that ‘the iconic celebration’ should kick off with the coronation anniversary lecture and banquet by 11.00am. on Friday, November 27, 2020, at Premier Hotel Tower, Ibadan, Oyo State capital.
The statement said that the committee has extended invitations to the Vice President, Prof. Yemi Osinbajo SAN, former President Olusegun Obasanjo and the Sultan of Sokoto, Alhaji Sa’ad Abubakar and other dignitaries to deliver speeches at the event taking place at Premier Hotel Ibadan.
The statement read: “Going further, Friday December 4th is slated for 3 different activities; a Juma’at service at the Ife Central Mosque; Ile’Ya Omo Oodua, a programme designed for reuniting all persons of Yoruba origin across world with their source; and Free Medical cares to women suffering from Urinary Tract Infections(UTI) by HAI-Hopes Alives Initiatives, an NGO owned by the Ooni.
“On Saturday 5th December, a historic Home Coming Visit the Ooni by sons and daughters of Otun Ekiti led by the Oore of Otun & Paramount Ruler of Mobaland, HRM, Oba Adekunle Adeagbo. The formal handing over of the site for the proposed International University of Global Peace, along Ifewara road, Ile-Ife will be held and followed by a Dinner for the Ooni organized by Asiwaju of Ife, Chief Alex Duduyemi.
ALSO READ New Year: Buhari gives marching order to CBN on food importation
“The second Conference & Convention of South-West Traditional Rulers by the Heritage Forum will hold on December, 6th at Ife Grand Resorts in Ile-Ife, where several topical issues affecting the Yoruba nation worldwide will be discussed and way forward decided. The day will also witness the grand finale party at the Ooni’s Palace organized by the 5th Year Coronation Anniversary Committee led by Sola Lawal and supported by Princess Toyin Kolade Team.
“Among programmes slated for Monday 7th December QMA-Queen Moremi Ajasoro Initiative by Princess Ronke Ademiluyi in conjunction with Her Excellency, Yeye Moremi Olufunso Amosun presenting the Moremi Olufunso Empowerment and Entrepreneurial Grants for women.
“Same day is also for the official presentation a special documentary by Story TV, a cultural TV channel owned by Ekundayo Balogun, a Dublin based indigene of Ile-Ife.
“Ooni’s Day With The Kids will hold on Wednesday 9th December while the Thanksgiving Service will climax the celebrations of the Ooni’s 5th Coronation Anniversary on Sunday 13th December 2020 by 10am at St. Paul’s Anglican Church, Ayegbaju in Ile-Ife.”