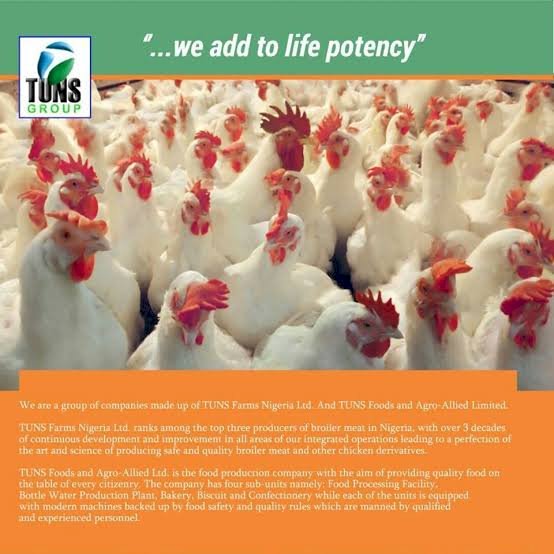 Speaking with journalists after the facility assessment, Pierangelo said the US has a long time collaborations with the farms, describing the Tuns International Farms as a “successful poultry farming production in Nigeria.”
She acknowledged the importance and the positive impact of farmers on the people and the economy, therefore saying the US would continue to support poultry farms and other farmers generally in the country

According to her: “I am very pleased to join our hosts today at this farm to see a really successful poultry farming production in Nigeria. We have a long collaboration with our good friends here and it is a pleasure to see how it is developed. We hope to do more not only for poultry but for all farmers throughout Nigeria because it is really a good growth for your economy and for the health of your people.

“It is a great joy to see a successful production like this. I just encourage the local as well as the Federal Government to give as much support to Nigerian farmers as US government has been doing.”
Responding, the chairman of Tuns International Farms, Chief Tunde Badmus, who was accompanied by management team of the company, including its Managing Director, Taofeek Badmus, to receive the Consul General and her entoruage, expressed gratitude to the visitors.

Maintaining that the company was passionate about agriculture, Badmus attributed the high standard of operations of the company to the support of the US.

He said: “I just want to thank the Consul General because this is third time we will have somebody of this calibre coming to this farm. We have had two of them in the past. We are so passionate about agriculture and because of the trainings they (US) impacted on us, we have been able to maintain high quality.”

Some cabinet members of the Osun State givernment, including the Comissioner for Economy, Planning and Budget, Prof. Olalekan Yinusa, the Commissioner for Agriculture and Food Security, Adewole Adedayo, the Commissioner for Regional Integration and Special Duties, Engr. Olalekan Badmus, and the Special Adviser for Commerce, Co-Operatives and Empowermen, Mrs. Christiana Olusola Ogunfolaju, joined the Consul General’s facility assessment tour of the company.