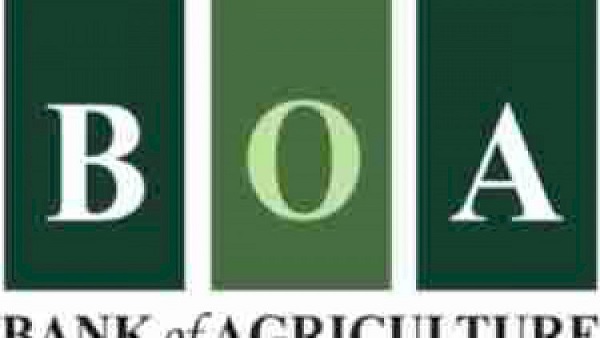 In a bid to revamp agricultural sector and increase its productivity, the Bank of Agriculture (BOA) has disbursed N17.5m to peasant farmers in the southwestern Nigeria
This was part of efforts to maximise the agricultural potentials of the region.

The management of the bank has also expressed readiness to foster agricultural value-chain and enhance cordial relationship between it and southwest governors in order to fast-track greater productivity.

The agricultural synergy, according to the BOA, was to further create an enabling environment that would facilitate improved agricultural practices and help promote arable crops, livestock, and trading.

Commencing the disbursement of the funds in Osun and Oyo states under the Anchor Borrowers Programme (ABP), the management of the bank said the Anchor programme which is the first in the southwest, will accommodate fish outgrowers and cassava outgrowers.

Already, over 200 fish outgrower farmers and 4,600 cassava farmers had earlier benefited from the scheme in the two states.
It was revealed that the Anchor programme will provide degrees of support with the supply of inputs and technical advice to farmers in the region.

The agricultural financial institution that rolled out strategies to strengthen mutually-beneficial relationship between it and farmers, reiterated that the current economic realities had called for urgent intervention to revolutionalise agriculture.
Speaking on the determination of the bank to enhance collaboration that would revitalise the palpable rot in the sector, the Southwest Zonal Manager of the bank, Mrs. Idiat Folorunsho, said the bank was ready to support any government in making agriculture the mainstay of the nation’s economy.

Mrs. Folorunsho said a total sum of N17.5m had already been distributed to 83 beneficiaries for arable crops, livestock, and trading.

She said efforts are in the top gear to fine-tune the agricultural sector to make it the most sustainable alternative to crude oil.

Mrs. Folorunsho, who commended governments and farmers in the southwestern Nigeria for their determnation to revive the sector, hinted that various programmes are designed by the bank to resuscitate agric business and farming in the country.

Similarly, the branch managers of the bank in Osun and Oyo states, Mr. Ojo Faniyi and Mr. Saliu Awotoye, eulogized governors of the two states, Ogbeni Rauf Aregbesola and Senator Abiola Ajimobi, for prioritising agriculture.
The branch managers gave the commendation while visiting farmers across the region.

They said the two governors have been the vanguards to the successes recorded by the bank in all its programmes, adding that their collaborative efforts had yielded positive results on the scheme introduced by the bank to boost agriculture and alleviate poverty in the country.

The duo explained that the essence of the tours was to further strengthen the existing relationship between the bank, governments and farmers and as well educate and enlighten farmers in all areas of their specialisations as regards farming and agric-business.

However, it would be recalled that a mega forum was held in Osogbo, Osun state capital where Governor Rauf Aregbesola lauded the bank for its unflinching support to his administration.