Pastor asks followers to prepare to be raptured….Each member to pay ₦310,000 for gate of heaven to open… Police invites him for questioning 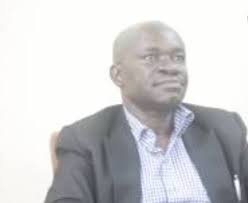 A General Overseer of the Christ High Commission Ministry in Kaduna State, Pastor Noah Ade Abraham, has asked his followers to go with him to a mountain top in Ekiti State and be prepared to be raptured.

For the gates of heaven to open, every member of his church, which is also known as the Royal Christ Assembly, must pay N310,000.

The pastor, who first relocated to Ekiti State from Kaduna State, where he was formerly based in 2020, reportedly moved back to Kaduna to convince his church members that they should prepare for the end of the world.

It was gathered that on returning to Kaduna State in April, he demanded N310,000 from each church member to be allowed to follow him to Omuo-Ekiti, where “the gates of heaven will open for all of them to be raptured.”

Meanwhile, the police in Ekiti State has invited the preacher for questioning on the matter.

The Ekiti State Police Command’s spokesperson, Sunday Abutu, said the invitation extended to him was to allow the pastor explain himself.

Speaking with newsmen, Abutu said: “Investigation revealed that the pastor first relocated to Ekiti in 2021 from his former base in Kaduna State.

“He later returned to Kaduna State in April to ask each member of his church to pay him N310,000 before they are allowed to follow him to Araromi-Ugbesi in Omuo-Oke Ekiti in Ekiti East council area to make heaven.”