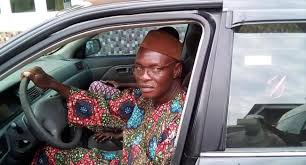 A chieftain of All Progressives Congress (APC) in Osun State, Gbenga Ogbara, has been assassinated.

Ogbara, chairman Atakumosa East Central Local Government Area till the incident in the early Monday morning, was reportedly shot dead by gunmen in his house at Igangan-Ijesa.

Circumstances leading to the incident was sketchy.

According to her: “The APC Chairman was killed around 12am by some gunmen. Policemen have since been deployed to the area. Investigation is ongoing on the matter. The criminals will not escape justice.”

Putin names Dvornikov as commander for war in Ukraine