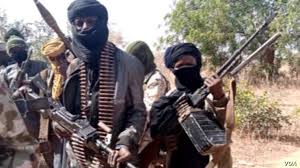 Kidnapped pregnant woman, who fell into labour in captivity have been reportedly refused freedom by her abductors in Jalingo, Taraba State

A family source said the kidnappers called the father of the abducted pregnant woman to demand immediate ransom, announcing that the woman had fallen into labour.

The kidnappers said the woman abducted with six other persons in Jalingo on Saturday night would not be released until ransom demanded from her family is paid.

The Kano-based pregnant woman was in her maternity leave and visited her parents when the gunmen stormed the Primary Board Area in Jalingo around 3.00 am on Saturday and kidnapped her with other victims.

The pregnant woman’s apartment was among the three houses in the area that the gunmen had operated for about 40 minutes.

Taraba State Police Command’s Public Relations Officer, Usman Abdullahi, confirmed the abduction of the pregnant woman and six others to newsmen but did not give details.