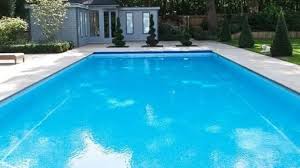 Three children of same parents have drowned in a Lagos community swimming pool.

The children, who are all female, aged 14, 7 and 3, were said to have left home for the swimming pool in their estate in Ajah, shortly after their parents went out.

It was gathered that residents, who discovered the lifeless bodies of the minors, alerted the Chief Security Officer of the estate, rushed the kids to a hospital, where they were confirmed dead.

The residents also called the kids’ parents, who fainted on hearing the sad news, reported the case at the Ajah Police Station.

Confirming the incident in a tweet, the Lagos State Police Command’s spokesman, Benjamin Hundeyin, advised people against swimming without a lifeguard.

He said: “Do not use a swimming pool without an on-duty lifeguard. Do not swim at beaches without capable hands around.

“People are losing loved ones to avoidable drowning. Three siblings recently drowned together. Eldest was a teenager. Be careful out there.”

Lagos bus driver runs into another vehicle, dies as he tries to beat traffic light