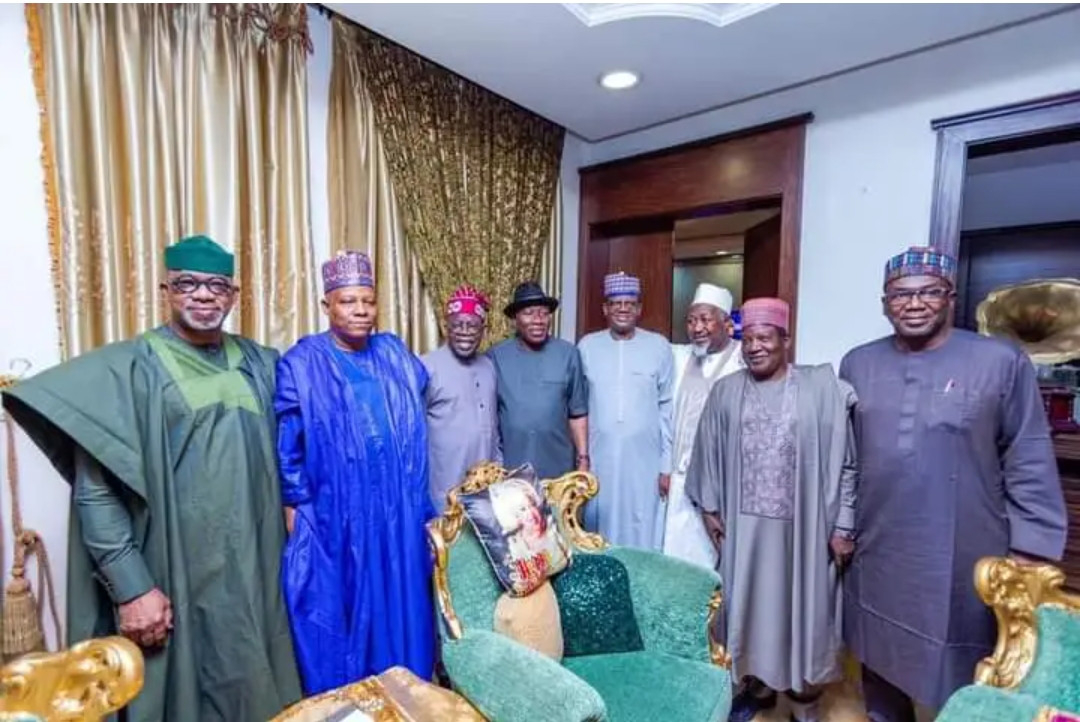 The presidential candidate of the All Progressives Congress (APC), Asiwaju Bola Tinubu, on Tuesday night visited former President Goodluck Jonathan at his Abuja residence for consultation over his presidential ambition.

It would be recalled that the APC presidential candidate at different times recently visited the former President, Chief Olusegun Obasanjo in Abeokuta, Ogun State, the Rivers State governor, Nyesom Wike, in London, and other notable Nigerian leaders.

Though his closed door meetings with these eminent Nigerians are not made public, analysts believe that Tinubu ‘s consultations could be linked with his presidential ambition.