APC picks May 30, 31 for presidential primary, May 23 for governorship 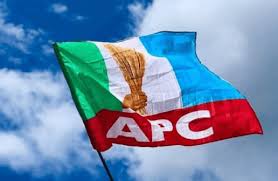 The All Progressives Congress (APC) has picked May 30 and 31 for presidential primary election.

Also, the ruling party fixed May 23 for the governorship primary polls.

The dates were contained in a April 6 letter addressed to the chairman of the Independent National Electoral Commission (INEC), Mahmood Yakubu.

The letter signed by the party’s national secretary, Senator Iyiola Omisore, is to notify the electoral body of dates and schedule of its primaries for the nomination of candidates for the 2023 general elections.

The letter further showed that the party fixed the primary elections for states’ Houses of Assembly for May 11, the House of Representatives for May 16 while the senatorial districts will hold on May 18.

The letter read in part:“This serves as a formal notification, pursuant to the provisions of Section 85 of the Electoral Act 2010 as amended. Kindly arrange for your officials to monitor the exercise accordingly. While hoping to receive your cooperation, please accept the assurances of my highest esteem.”

The party said it would commence the sale of forms for the various elective positions on April 22 and end on May 7.

The party also disclosed that the expression of interest form for the states’ Houses of Assembly will cost N500,000, while the nomination form will cost N1,500,000.

On Friday, the party fixed April 20 for a post-convention national executive committee (NEC) meeting to consider its schedule for the primaries ahead of the 2023 elections and other relevant business.

Passengers to show NIN for train ride from May – NRC