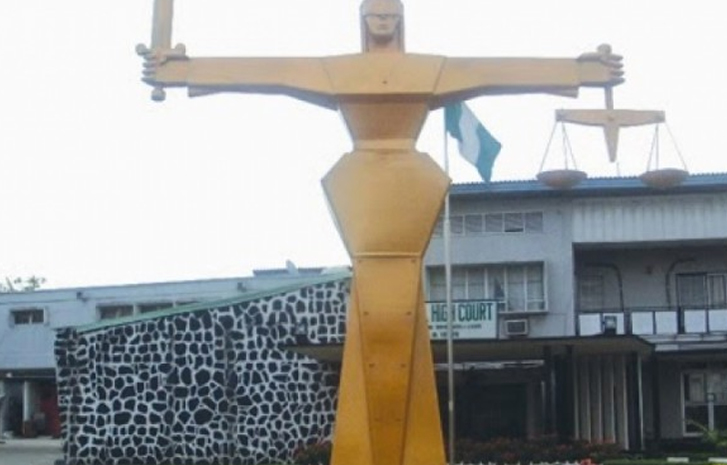 The Oyo State High Court of Justice, Ring Road, Ibadan, is the seat of the judiciary, the third arm of government. Apart from the fact that it hosts more than fifteen Court Rooms, the office of the Chief Judge of the State is there. The Judicial Service Commission, a body saddled with the responsibility of taking care of the appointment and welfare of judicial officers, has its office within the premises. It also houses the Probate Registry as well as the Court Registry.

This complex, arising from its centrality to the filing of judicial processes and the nature of the services it renders to the members of the public, attracts a constant stream of vehicular and human traffic. It is patently unjust for the Government to leave the whole complex in its present squalid circumstances. It has become urgent for the managers of administrative affairs in the State to address this deplorable situation.

A new visitor to the Court premises may be compelled to believe that all is well, especially when he/she does not have any reason to move beyond the first Car Park. Any venture into the so called extension, the second car park, reveals putrescence. Nobody with a modicum of self-respect will attempt a revisit after the first experience. Cars, drivers, litigants and lawyers bear the unmistakable imprimatur of pervasive decadence, occasioned by perennial neglect. Construction site workers have better tales to tell. Visitors to the premises are most reluctant to repeat the unpleasant duty, if they are obliged to do so.

Lawyers and litigants have sorry tales of embarrassing moments during their visits. The roads are simply impassable and messy. The Court Rooms need urgent attention. They are too hostile to the business of adjudication which requires deep intellection. They are repulsive to decency. It is unjust to have the courts in the erstwhile capital of the defunct Western Region, the most advanced in all ramifications, reduce to a huge joke.

May we appeal to the Executive arm of government to come to the aid of the judiciary as urgently as the current partisan consideration will permit. The current hardship can be mitigated by the Governor. He is a man of exquisite taste. The intervention of the State at his private residence around Kolapo Isola Estate is a pointer to the quality of job he can bring to existence. We will not be asking for too much if we demand that the Governor intervene to save the Judiciary from further mockery.