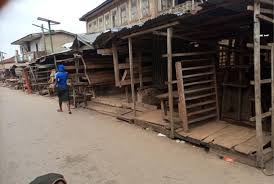 Unknown gunmen have killed one person and abducted several others after attacking Agbedo-Akpanya market in Igalamela/Odolu Local Government Area of Kogi State.

The armed men reportedly stormed the market on Sunday around 2.00pm and started shooting sporadically before the incident.

The man operating a local supermarket simply identified as Johnson was said to have been hit by stray bullets and died.

Also, one other man, Edwin, was among many victims abducted and led into the bush.

Meanwhile, the kidnappers had reportedly reached out to the victims’ families to demand N20 million ransom before they are released.

Confirming the incident, the police spokeman in Kogi State, William Aya, said the police authorities have deployed a crack team to the areas to rescue the victims and arrest the perpetrators in order to bring them to justice.