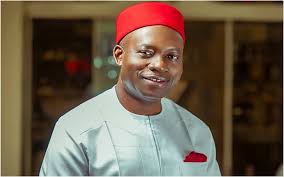 Governor of Anambra State, Prof. Charles Chukwuma Soludo, has charged mothers to fight and discourage the scourge of get-rich-quick syndrome among the youths.

In his special message during this year edition of Mother’s Day, the governor said mothers are better positioned to fight the menace

Speaking on Sunday during a Mass at the Governor’s Lodge in Awka, the state capitol, he advised mothers to remain steadfast and be dutifully committed to building a better society.

He also charged mothers not to relent in raising morally upright and disciplined children, who, according to him, would make the society better.

He said: “To stop the moral decadence, which had become so pervasive in the society, mothers must rise to the occasion by inculcating the culture of sound moral upbringing and personal discipline in youngsters.

“This has become imperative so that youngsters would grow up to live a better and rewarding life and in the process, build a safer society. The occasion of celebrating mothers globally today call for sober reflection, especially with regards to parenting.”

Soludo decried attitude of the youth being deeply influenced by negative tendencies and a get-rich-quick mentality, saying “this has ruined a lot of our youths ‘ future.”

He continued: “This get-rich-quick syndrome has resulted in senseless killings, drug abuse, mindless ritual killings, armed robbery and a host of other anti-social vices, which have bedevilled the society.

“So, I am appealing to mothers to continue to play the role of strong moral purity for the family, which the youth could emulate.”