Six airports alerted of plot to attack them 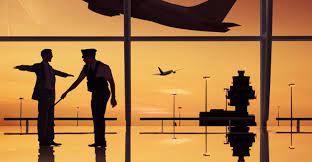 Authorities of six airports in Nigeria have been alerted of imment plot by hoodlums to attack them.
The airports marked for attacks are the ones located in Kaduna, Maiduguri, Sokoto, Kano, Abuja and Lagos States.

Recent violent attacks on Kaduna International Airport and Owerri Correctional Centre in Imo State and several police stations in South Esst with serious casualties and consequences might have informed the alert.

A memo leaked to the Cable dated April 9 and signed by the Deputy General Manager of Administration and Logistics of Federal Airport Authority of Nigeria ( FAAN), S.M. Mamman, said listed airports are top on the list of the bandits.
The memo, which was also addressed to the airport chiefs, directed them to submit a list of existing and additional countermeasures to address the threats along with their cost implications where applicable.

“I am directed to convey an alert from the Ministry of Aviation regarding security threats by criminal elements against Airports in Nigeria and to request for the immediate enumeration of necessary countermeasures for the protection of Airports/Facilities under your purview.
“Specifically, the Airports top on the list for which criminals are considering carrying out attacks include those in Kaduna, Maiduguri, Sokoto, Kano, Abuja, and Lagos amongst others. However, all airports are hereby alerted and requested to operate at a heightened threat level,” the memo read.

Meanwhile, former Commandant of the Murtala Muhammed International Airport, Captain John Ojikutu, who spoke on the alert with journalists, called for probe to be extended to the root of the issue.

According to the Aviation expert, no outside could attack without the collaboration of the insider.
He said: “Our security agencies should find the insiders colluding with the criminals first before they get those from the outside. I believe that nobody would come outside the target area to attack it without pre-knowledge of the target areas, security and strength.

“What is happening around us and threatening the states and the national security could be a rehearsal of bigger things waiting to happen.
“I have said this several times and it seems there are no sufficient knowledge or understanding or careful assessments of the local, states and national intelligence judging from the various attacks we have seen at Kaduna airports and other States agencies sharing same boundaries.
“The attacks on the police station in Owerri is not different and no one should look too far from the targets of these attacks for those who perpetrated the planning and the acts; both have insiders’ collusions.
“Find the insiders collusions first before you get the others from outsiders. Nobody would come outside the target area to attack it without pre knowledge of the target areas, security and strength.”

Airlines to shut down operations on Monday following...