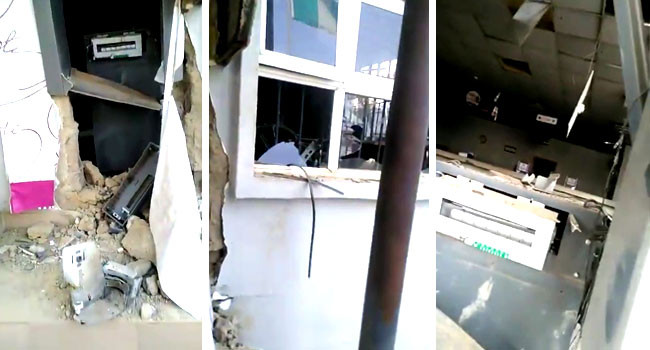 By Peter Oriyomi
An armed robbery gang on Tuesday morning broke into an Automated Teller Machine belonging to Ifelodun Microfinance Bank in Ikirun, Osun State and carted away unspecified amount of money.
No one was reportedly killed in the incident.
An informed source disclosed that the robbers, reportedly wearing police uniform, came into the financial institution around 2.15 am.
The source, who pleaded annonymity, further disclosed that the dare devils tied up the bank’s security guards before breaking the ATM.
According to him: “The incident happened around 2.15am on Tuesday. The robbers, dressed in police uniform, went into the compound and tied up local guards stationed on the premises of the bank located near Thursday Market in Ikirun.
“The robbers then attacked the ATM of a commercial bank on the premises of Ifelodun Microfinance Bank, and carted away the money in the machine. Police operatives got wind of the incident because one of the guards that they tied with ropes managed to escape and informed security agents.”
The robbers were said to have escaped before the police arrived th scene..
The spokesperson for the Osun State Police Command, Yemisi Opalola, said she was yet to be duely briefed but added that the state Commissioner of Police, Wale Olokode, had visited the scene of the incident.