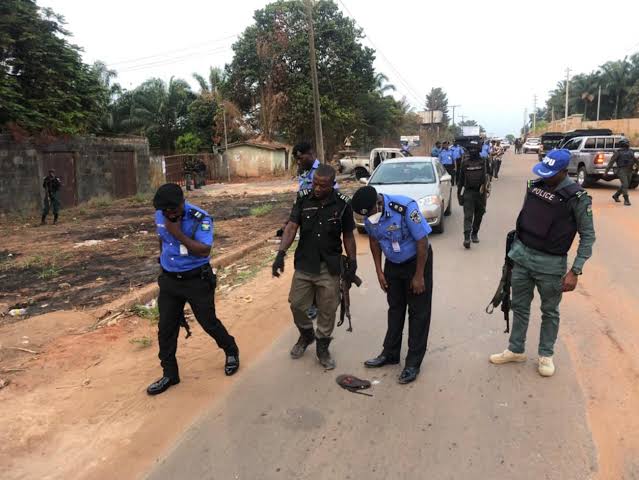 The Ebonyi State Police Command has confirmed attack on its men by some gunmen.

The police in the state said its tactical teams have arrested some suspects in the area in connection to the incident.

A police patrol team was attacked on last Thursday at Nkomoro, the spokesman for the state police command, Chris Anyanwu, confirmed in a statement on Saturday.

However, he said no police man was killed during the attack contrary to what some media had reported that the police suffered fatalities.

Though, Anyanwu said two police operatives sustained injuries in the incident, he explained that they were responding to treatment in an undisclosed hospital.

According to him: “On Thursday, a police patrol team attached to Ezza North Divisional Headquarters, was ambushed by a gang of hoodlums who shot sporadically at the team.

“A quick response by the patrol men got the hoodlums scampering to safety with bullet injuries.

“The aftermath of the encounter left a patrol vehicle burnt by the miscreants but no life was lost on the side of the police team.

“Two policemen who sustained injuries as a result of the attack are responding to treatment in the hospital.

“It is pertinent to state that this is the first and only press statement emanating from Ebonyi State Police Command on the callous attack.

“We, hereby debunk as lies, the claim that two policemen were killed. Also, I never confirmed any such fallacious report to Mr. Oko Nweke of HURIDE and others that replicated the falsehood.

“Furthermore, none of our weapons was carted away by the hoodlums as reported.”

Anyanwu added that police tactical teams have arrested a number of suspects in the area and investigation is ongoing.