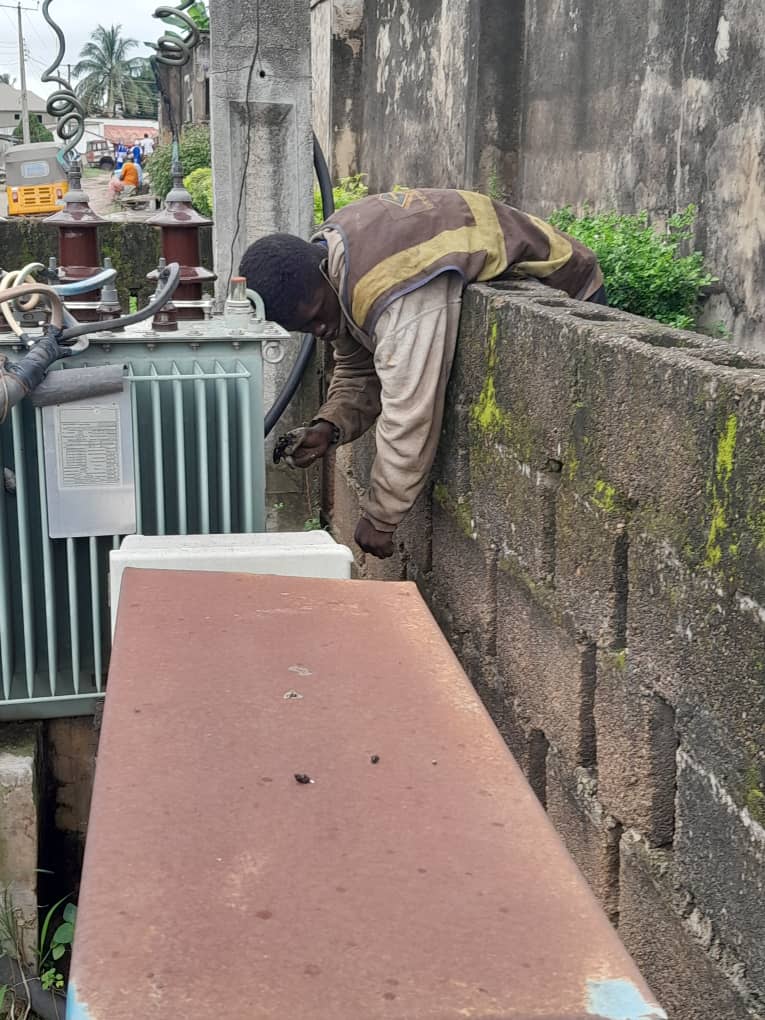 Lifeless body of young man suspected to be a scavenger has been found dangling on the fence of 100KV, 11/0.415 transmission substation in Osogbo, the Osun State capital.

He was suspected attempting to pull out a cable from the substation’s transformer when he was electrocuted.

The man’s body was discovered on Monday by residents of Ogo-Oluwa area, after the incident.

The residents immediately reported to the office of Ibadan Electricity Distribution Company (IBEDC) in the town.

A resident of Kolade Raji Estate, along GOF area in Ogo-Oluwa, who declined to be identified, told journalists that they heard a deafening sound when electricity was supplied to the area around 3.47pm and thought it was a technical fault.

He said they therefore, called the IBEDC supervisor for Ogo-Oluwa Service Unit, Micheal Oguntola, to report to him.

He said: “When the IBEDC team came to verify the cause of the explosive noise, the dead body of an unknown scrap collector was found hanging on the transformer fence with his burnt fingers on the red phase wire.

“In a bag beside him was found some scraps he had collected around the area. His legs were dangling behind the gated and locked transformer fence.”

Meanwhile, the spokesperson for IBEDC, Mrs. Kikelomo Owoeye, who is the country company’s Senior Communication Officer, Osun Region, in a statement, confirmed the incident.

She said the IBEDC’s Technical Engineer, Engr. Salam Akinloye, had informed the police at the Ataoja Police Division, Osogbo, saying the body had been evacuated and deposited at the mortuary of the State Hospital in Asubiaro.

The statement quoted the Osun Regional Head of IBEDC, Engr. Adeniyi Adeleke, advising the customers to save guard the electrical installations within their communities.

He said: “This incident is an act of sabotaging the nationAl economy. The spate of energy theft and vandalism is high in recent time in Osun State.

“But I am assuring you that efforts have been put in place to wage a war against this menace. An I know that the hands of the law are not short to bring these people to book because there is collaboration between us and the security agencies within the state.

“I advise our esteemed customers to consider monitoring electrical installations within their communities as a joint responsibility.

“This incident has revealed to all our esteemed customers that they should not underestimate anyone. They have the right to question any strange movement around their transformers or electrical installations to prevent being thrown into total blackout by these vandals.”

ASUU strike continues as meeting with FG ends in deadlock