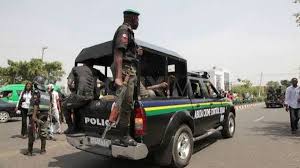 They were arrested by a police team along the Osogbo-Ife Road, not far from the Obafemi Awolowo University (OAU), Campus.

The statement by the police command through its spokesperson, Yemisi Opalola, didn’t not give names of the suspects but disclosed that two of them are 21 years old and the third is 25 years of age.

The statement read: “The Osun Police Command, in its efforts to sanitise the state of incessant ritual killings and other vices, has arrested three young men.

“On April 7, at about 11a.m., detectives on `Stop-and-Search’ duty accosted three men on a motorcycle on the Osogbo/OAU Ife Campus Road.

“They were flagged down, but rather than stop, they sped off and were pursued by the police team.

“They were eventually arrested at Safejo Area of Ile-Ife, and a human heart, which they claimed belonged to one of their friends, and various charms were found on them.

“As investigation was going on, one of the suspects took ill and died while on hospital admission. The corpse has been deposited at the state hospital for autopsy.

“The two other suspects will be charged in court upon conclusion of investigation.’’