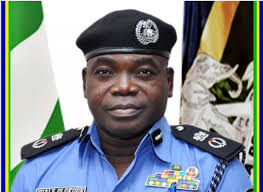 A man suspected to be a kidnapper, Malami Muhammad, on Monday was arrested by police in Osun State, after his accomplice, Babuga, has been shot dead.

A police team arrested the suspect on Monday after a Fulani vigilante group had rescued a man, Mohammed Gembu, kidnapped by some unidentified men at a Fulani settlement in Erefe village, Ile-Ife.

In a statement bits spokesperson, Yemisi Opalola, the Osun State Police Command, disclosed that some armed men attacked a Fulani settlement in the Erefe area around 3.00am on Sunday and kidnapped Gembu.

The statement read: “Upon receipt of the complaint at ‘C’ Division, Aganhun, Ile-Ife, police operatives moved to the scene and arrested Muhammad after exchange of gunfire. During the shootout, one Babuga was killed, while another suspect escaped.

“The brief fact of the case is that on April 17, 2022, around 11.30am, the complainant reported at ‘C’ Division, Aganhun, Ile-Ife, that some suspected kidnappers came to their area at the Fulani settlement, Erefe area, Ondo Road, Ile-Ife, around 3am of the same date, and kidnapped one Muhammed Gembu.

“Immediately the police received the report, detectives swung into action and arrested a suspect, Malami Muhammad, after a gun duel, while one Babuga, surname yet unknown, was fatally wounded while one other escaped.

“Also, the victim was rescued unhurt with the assistance of Fulani vigilantes in the community. The arrested suspect will be charged to court after the conclusion of investigation.”