Osun hunters apprehend herbalist with human head, intestines, hands him over to police 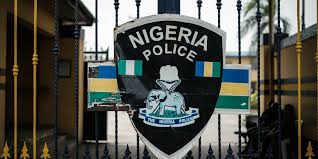 Men of the Nigeria Hunters and Forest Security Service have apprehended a herbalist, Ismail Adewuyi, at a cementary in Ede, Osun State and handed him over to police after recovering from him head and intestines of an unknown female corpse.

The 28-year old suspect was apprehended on early Saturday morning by the hunters at the Muslim Cemetery in Oke Yidi, Ede.

The hunters reportedly sighted him at the cementary and was overhearing his movement before they laid siege for him and apprehended him.

He was stopped by the hunters as he was coming out of the cementary with a female head intestines of the female corpse he had exhumed.

Meanwhile, the Osun Police Command’s spokesperson, Yemisi Opalola, confirmed that a suspect found with human parts was apprehended and handed over for the police.

She said: “On Saturday around 01:25 am, a member of Nigeria Hunter in Ede, arrested one Adewuyi Ismail aged 28, of Oke-Ola Agbagudu, Ede and brought him to the station with unknown fresh female head and intestines.

“The suspect was arrested at about 1:00 am at Muslim Cemetery, Oke Yidi, Abere Road, Ede. Investigation is in progress.”