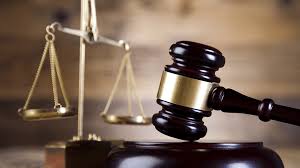 The Babaloja of Ondo State, Chief Stephen Adebowale, has been arraigned before a State magistrate court for allegedly forging the Ondo State documents.

He was accused of defrauding the Ondo State Board of Internal Revenue Service (ODIRS), after allegedly forging the government reciepts.

Adebowale was dragged before the court on a four-count charge by the Amotekun Corps.

The Babaloja was said to have forged documents relating to the obtaining or receiving of tax and levies payable to Ondo State Government between 2021 and 2022.

At the court hearing on Thursday, the Ondo State Counsel, Oluwasegun Akeredolu, told the court that the defendant defrauded members of National Union of Road Transport Workers by obtaining money from them forging receipts of Ondo West Local Government.

According to the charge sheet: “That you, Stephen Adebowale and others at large between 2021 and 2022 in Ondo in Ondo West Local Government Area of Ondo State, within the Magisterial District did conduct yourselves in public place in a manner likely to cause a breach of the peace and thereby committed an offence contrary to and punishable under section 249(d) of Criminal Code Law, Cap. 37, Vol. 1, Laws of Ondo State of Nigeria, 2006.”

After listening to defence counsel, Maxwell Igweogu, request for bail in the most liberal terms, the presiding judge, Magistrate Damilola Sekoni, granted defendant bail in the sum of N500,000 with two sureties in like sum and adjourned the case till May 26, 2022, for hearing.