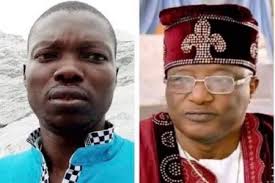 The Osun State government on Sunday said it has granted the Chamber of Femi Falana the fiat to take over the prosecution of the death of Timothy Adegoke, an MBA student of Obafemi Awolowo University, reportedly killed on November 2021 at Hilton Hotel and Resorts, Ile Ife, Osun State.

The state Attorney-General and Commissioner for Justice, Barr. Oluwafemi Akande, said the Chamber of Femi Falana has applied for fiat to take over the prosecution of the case.

In a statement, he disclosed that the state government acceded to the request of the family of the deceased to the office of the Attorney-General of the state to allow the Lagos-based lawyer and human rights activists, Femi Falana (SAN) take over the prosecution.

He said the state has eventually granted the request to allow Falana prosecute the case involving the owner of the hotel, Dr. Rahman Adedoyin and six of his workers, Magdalene Chiefuna, Adeniyi Aderogba, Oluwale Lawrence, Oyetunde Kazeem, Adebayo Kunle and Adesola Adedeji, standing a murder trial before an Osun State High Court, presided over by the state Chief Judge, Justice Oyebola Adepele Ojo.

According to the statement: “The alleged case of murder was first investigated by Osun State Police Command but was later taken over by the IGP Office in Abuja.

“After the investigation the Police filed criminal charge against the suspects in Abuja. The case was later moved to Osogbo by the Nigeria Police.

“While the Police Prosecutors were prosecuting the case, the deceased family’s Counsel, Falana and Falana & Co, watched brief for the victim and witnessed the proceedings.

“On 1st April 2022, Femi Falana, SAN, applied to the Office of the Hon. Attorney General for fiat to take over the prosecution of the case.

“Thereafter, the deceased’s family wrote a letter to the Attorney General requesting for the Chambers of Femi FALANA SAN to be allowed to prosecute the matter.

“The learned silk letter and that of the family were immediately processed and the fiat requested for has since been granted.

“The Office of Chief Femi FALANA SAN had already collected the letter conveying the fiat of the Attorney General to the learned silk.

“The position as at today, in law, is that the office of Chief Femi FALANA SAN is in full charge of the prosecution of the case.”