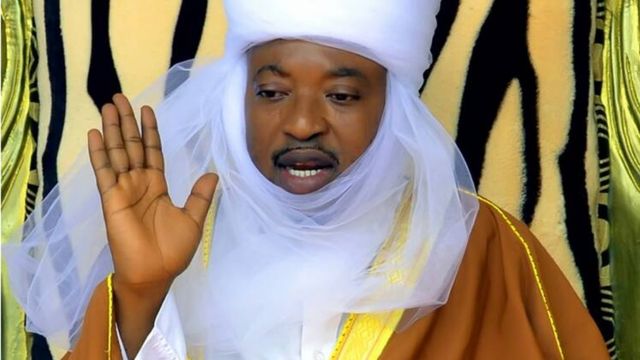 By Peter Adeniyi
An umbrella body of all Orisa faith-based organizations in Nigeria and the diaspora under the aiges of the Ancient Religion Societies of African Descendants International Council (ARSARDIC) on Friday held a prayer session for peace to reign in Nigeria.

The ARSARDIC also known as the Association of Ajo Esin Abalaye Adulawo of Nigeria held the prayer in commemoration of Nigeria’s 61st Independence Anniversary at Ile Oduaa in Onirisa Ile-Ife’s Palace.
After the prayer session referred to as Iwure, the Asiwaju Awo Agbaye and President of the association, High Chief Sola Atanda at a press conference thanked and praised God for sustaining Nigeria since its independence, 61 years ago, despite myraids of challenges facing it.

He noted that the nation’s economy and insecurity have been worsened by Coronavirus pandemic, ravaging the world, therefore, calling on political leaders, traditional rulers, religious leaders and the citizens to work together and look up to God and pray to Him for a positive turn around of the situation in Nigeria.

Atanda said: “Prayer can never be too much as Olodumare is a listening God. This is why we have unanimously come out to organise the prayer session of today for all and sundry irrespective of tribe, religion and political affiliation.”
According to Atanda, various groups of Orisa-based organizations prayed against COVID-19 pandemic in Nigeria in 2020 and the God answered the prayers despite the scary predictions by health organizations across the world.

He, therefore, said the effort of traditionalists towards fighting insecurity and other challenges facing Nigeria should be acknowledged and appreciated.

He said: “Insecurity challenges is being addressed spiritually and we believe strongly that the way and manner this issue is being handled in the South West should be emulated by other geopolitical zones.

“So, we are appealing to all and sundry to propagate and give support to traditional religion, culture and tradition in other to deliver our society from various societal ills, including corruption and immoralities.

While appealing to the Federal Government to expedite action on restructuring Nigeria and ensure strict adherence to secular nature of the nation as enshrined in the constitution, he advised that the combination of traditional religion worshippers, Christians and Muslims should be allowed to participate in all governmental programmes to save the nation from collapse.

He said: “We all need to work together to save this country. Though traditional rulers are expected to play fatherly roles they are assumed to be apolitical and must not be spokespersons of any religion.

In his remarks, the Arole Oduduwa and the Ooni of Ife, Oba Adeyeye Enitan Ogunwusi, Ojaja II, has charged parents to make sure their children do not abandon their culture and tradition.
Oba Ogunwusi pointed out that the traditional religion might be facing extinction if the practioners fail to make their children embrace it.

Represented by Erebese of Ifeland, High Chief Atetedaye Adeboye Opeyemi, the Ooni said that for the younger generation to embrace and practise traditional religion parents should handle them well and make it attractive to them.
Oba Ogunwusi insisted that parents should enlighten their children to value their cultural heritage and traditional religion the way Christians and Muslims are doing to their wards.

The Ooni also charged them traditionalists to continue to show love and unity to one another.