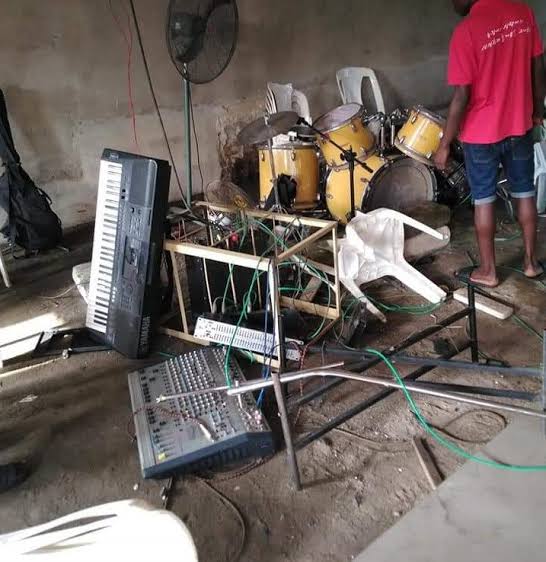 A group of masquerades and their supporters on Sunday morning attacked and flogged worshippers at a church in Shikal, Langtang South Council Area of Plateau State.

The Sunday service was said to be in progress when suddenly the masquerades reportedly invaded the church.

According to a member of the church, while some of the worshippers were being flogged, the church musical sets and chairs were destroyed by the masquerades.

The member, who declined to identify himself, said: “We were in the middle of the service, singing praises to the Lord when suddenly we saw them (the masquerades and their supporters) with Cain’s in their hands forcing themselves into the church.

“They flogged everyone of us and destroyed our musical instruments and plastic chairs. Some of us tried to escape but the pursued us and beat us. It was an unprovoked attack.”

Meanwhile, the spokesman for the Plateau State Police Command, Alfred Alabo, who confirmed the incident, said he was yet to be briefed.

He said: “The DPO of the area has confirmed that it is true, they are working on the situation and the area is calm. He said masquerades went to a Church and disrupted their activities. The investigation is ongoing, we will give full details when we have them.”