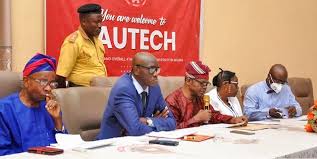 The Ladoke Akintola University of Technology (LAUTECH), Ogbomoso in Oyo State is set to graduate 24,704 students on Friday.

The students will be graduated in the university’s 14th combined convocation, according the LAUTECH acting Vice Chancellor, Prof. Mojeed Liasu.

Addressing journalists ahead of the event, the acting VC disclosed that 753 out of the 24,704 graduating students made a First Class and 8,096 made a Second Class Honours Upper Division.

The acting VC linked the university continued achievements to the efforts of Governor Seyi Makinde in repositioning the institution and making it a world class university.

The acting VC said: “News filtering in from Weboneteucs, world renowned ranking body, also named us as the Best State University and number 12 in the country. In the latest ranking, March 11, 2022, the body rates LAUTECH as the 9th best university in Nigeria in its World Scientist and University Rankings 2022,

“Many of our lecturers are excellently doing well as they are winning various grants including TETFUND. Prof. Daniel Ojurongbe of the Department of Medical Microbiology, has won Humboldt Research Hub awarded by Alexander Von Humboldt Foundation.

“His research is on the Establishment of Centre for Emerging and Re-emerging Infectious diseases with focus on genetic factors influence on the relatively low mortality rate for COVID-19 in Africa. The value of the grant is €750,000 ( N357, 183,513.08).”