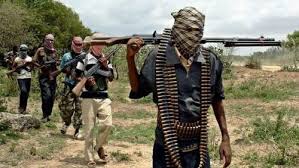 Ramatu was seized on early Tuesday morning from her husband’s house in Damba Gusau, according to a family source.

The armed men reportedly attacked the NULGE chief’s house around 1.00 am, picked up his wife when they couldn’t locate him.

It was gathered that Gusau went into hiding immediately he discovered that the gunmen had scaled his fence.

Narrating the incident, Gusau said: “They jumped over the wall and broke my door but before they could enter my room, I was able to hide somewhere.

“When they searched the house and could not see me, they abducted my pregnant wife. She could give birth anytime from now because her expected delivery date is in this week.”