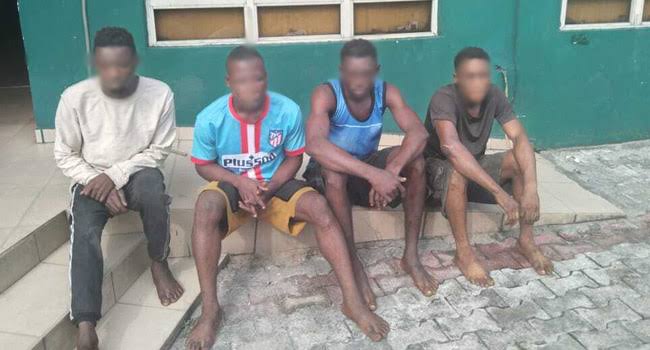 The suspects allegedly abducted and killed a driver, Onyekachi Chukwuagu, along the East-West Road in Emohua Local Government Area of the state.

The acting Public Relations Officer for the command, Grace Iringe-Koko, in a statement, disclosed said the suspects posed as passengers, boarded the victim’s car and attacked him during the trip.

“However, when they got to a quiet part of the route, they kidnapped the victim and abandoned the vehicle, with number plate GDD 250 MU, by the roadside.

“The command, upon receipt of the complaint, swiftly mobilised operatives to the scene, where they cordoned off the area and commenced an intensive search resulting in the arrest of Chisom Honest.

“Honest then led operatives to the rest of the gang and the location of the victim’s corpse. The suspects claimed they murdered the victim, using a machete, for refusing to cooperate with them.”

However, the police spokesperson assured that other suspects at large would be apprehended and brought to book.