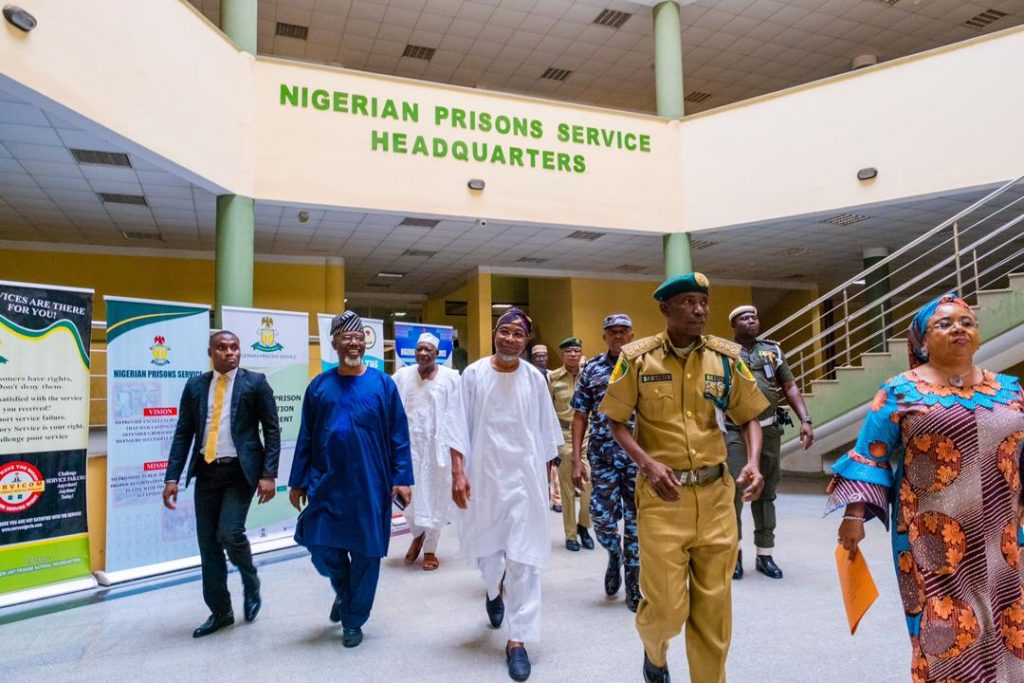 The Federal Government has set plan in motion to embark on a nationwide decongestion exercise in the Correctional Centres across the country.

The Attorney-General of the Federation and Minister of Justice, Abubakar Malami, SAN, made this during a Virtual Interactive Session with Commissioners for Justice in the 36 States and Heads of Courts in the country.
The interactive session was organised by the Presidential Committee on Correctional Service Reform and Decongestion (PCCSRD), with the theme: Implementing Amnesty and Decongestion for Juvenile Deprived of their Liberty during COVID-19 and Beyond.

Malami, who said all stakeholders must come together to achieve a desired purpose, added that about 3,751 inmates were released shortly before the COVID-19 outbreak in the country.

He said: “The federal government has always been bothered by the vulnerability and susceptibility of juveniles and children deprived of liberty in locked facilities, correctional centres, borstal homes.

“They include those detained with their parents or caregivers, and those detained on national security grounds may contract the Corona virus due to the congested environment they are detained in.
“The ministry classifies this second phase of the exercise to be very strategic in achieving Juvenile Justice Reform and attainment of Goal 16 of the Sustainable Development Goals.
”The goals, aims to promote peaceful and inclusive societies for sustainable development, provide justice for all and build effective, accountable and inclusive institutions at all levels.
“I wish to underpin the importance of this intervention exercise which is aptly focused on juveniles, by stating its relevance to the effective implementation of some of the provisions of the Nigerian Correctional Service Act, 2019 especially section 35, that clearly stipulates provisions on juvenile offenders.’’

Contributing, the Chairman of the PCCSRD and the Chief Judge of the Federal Capital Territory High Court, Justice Ishaq Bello, have the assurance that the Custodial and Non-Custodial Sentencing Practice Direction, 2020 will be signed into law in October.

Bello added that the exercise will be a blueprint for the initiation of a longer and more sustainable system to reduce arbitrary incarceration of juvenile by adopting diversionary measure in the justice system in Nigeria
“I am glad to inform you all that the said Sentencing Guideine will be signed by me and issued in October as the Federal Capital Territory Courts (Custodial and Non-Custodial Sentencing) Practice Direction, 2020.
“It is my believe that the said practice direction, will go a long way in addressing some of the concerns of juvenile inmates which aligns with international standards, as contained in the United Nations Convention on the Rights of the Child (CRC) and the Child Rights Act, 2003 that promotes the adoption of non-custodial measures, while reinforcing detention as an option of last resort for juvenile offenders,’’ he said.
(NAN)