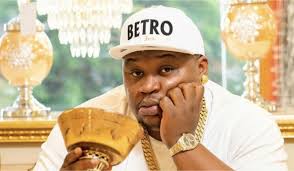 Cubana Chief Priest was reportedly arrested by the EFCC for money laundering and tax fraud.

The celebrity recently appointed by Governor Hope Uzodinma as the Special Adviser on Social Media And Social Events Management, was said to have been arrested on Thursday at the Murtala Muhammad International Airport, Lagos.

Cubana Chief Priest was arrested weeks after he demanded that his former boss, Obinna Iyiegbu aka Obi Cubana, be released form their custody.

However, the EFCC is yet to issue a statement on the his arrest.