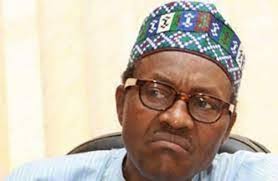 Lamenting rising insecurity across the country, Bishop of the Anglican Communion Diocese of Kaduna, Timothy Yahaya, and his counterpart for Kaduna Catholic Archdiocese, Matthew Manoso Ndagoso, said his resignation is necessary since he could not secure lives and property of Nigerians.

In his own Easter message to the nation, Bishop Yahaya said the right thing to do by a leader who cannot deliver is to bow out of office.

However, he said: “There is hope for Nigeria as a nation.”

Also, Bishop Ndagoso said aligned with the Northern Elders Forum’s position on the need for Buhari to resign from office since killings in across country keep increasing.

According to him, the only thing the people got each time Nigerians are killed, maimed and abducted, were empty assurances and reassurances of security by political leaders

He said: “My Easter message is that there is hope for every individual in this country, there is hope for Nigeria as a nation. I know what we are going through, it is a dangerous and perilous time. But I tell you the only tonic of tomorrow is hope.”

“I don’t want to join issues with the Northern elders because I am not a politician. But the truth about leadership is that there is morality in leadership. If you cannot deliver as a leader in a civilised clime, the right thing and best thing to do is to bow out.”

“As a President who supervises where you hear billions of naira being budgeted and you don’t see anything verifiable for it.

“I don’t know, those of you around Mr. President, all you want to do is to rub his name from the glory of the future. I hope it is not the best thing you are doing because I don’t know if they are shielding you from information.

“Look at the railway attack, our brothers and sisters are in captivity. And we are not hearing from Mr. President himself. The Spokesman can speak for the President that the citizens of this country are in the hands of terrorists. Mr. President should sit up. Even if somebody is speaking for him, he is telling lies. In other clime, the President will not sleep, and heads will roll because somebody is responsible for the laxity that led to this train attack.

“There should be national emergency to recall ex servicemen and recruit young men to fight insurgents if possible because desperate time needs desperate measure. Begin to train young people in all the 36 States. In a state where we have less 50,000 soldiers we are not ready for this war. Also technology should be deployed. This is war, it is a very serious war. The fact that they were able to attack the airport, the train, I hope the Villa is safe”.

For Catholic Bishop Ndagoso, he said: “Given where we are right now in terms of insecurity and the government’s handling of the situation thus far, it is hard for one to disagree with Bulama Bukarti’s assertion that, “the Buhari government is incompetent, inept and careless”, and the Northern Elders’ Forum (NEF) that “his leadership has proved spectacularly incapable of providing security over Nigerians.

“Our predicament today especially in the northwest region of our country and particularly in Kaduna state is akin to that of the two runaway disciples with high hope prior to 2015 that someone will rescue us from the grip of terrorists, bandits, kidnappers, armed robbers, cattle rustlers, marauding herders and such like.

“All we get are empty assurances and reassurances of security by our political leaders each time scores of Nigerians are killed, maimed and abducted as witnessed recently in the mass killings and abductions in Agunu, Kagoro, Koron Tsohuwa area, attacks on Kaduna international airport, the Abuja-Kaduna bound train that led to the killing of eight people, injury of scores and the abduction of more than 150, the killings of our gallant soldiers and vigilantes in the notorious Birnin Gwari axis and most recently the Plateau, Benue and Taraba mass killings have left most Nigerians with little or no trust and confidence in those charged with the constitutional responsibility of securing their lives and property.

“To say the least, the seeming incompetence and the lack of political will to face the ever increasing insecurity head-on has left most Nigerians in a state of quandary to the extent that some members of the National Assembly and other well respected individual Nigerians are publicly calling on the citizens to bear arms in order to defend themselves. Do we need any further signs of a failed state? Your guess is as good as mine.”

Passengers to show NIN for train ride from May – NRC