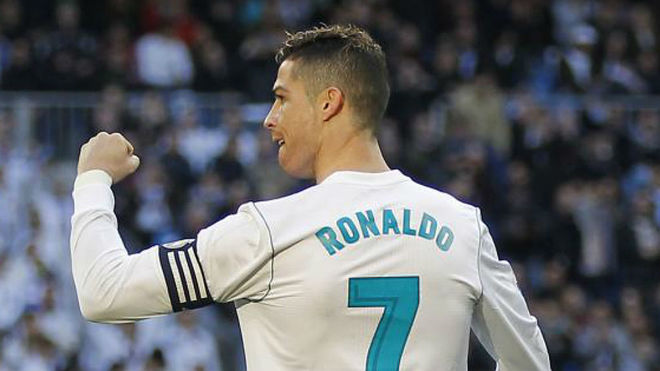 Juventus striker, Cristiano Ronaldo, knocked out three other top contenders, for the Player of the Century crown at the Globe Soccer Awards in Dubai on Sunday.

Ronaldo attended the awards to receive the top prize for which Lionel Messi, Mohamed Salah and Ronaldinho were also shortlisted.
“Thank you, to everyone who voted for me, to my family, to my mother and sisters,” Ronaldo said.
“It is an exceptional achievement. It gives me the motivation to move forward.
“To be named the best is a great honour, I hope that this situation is over next year and that we can have more fun, thank you very much. I hope to still be able to play for more years.”

The 35-year-old Portuguese also received the Agent of the Century award on behalf of his agent and compatriot, Jorge Mendes.

FIFA President, Gianni Infantino was also in attendance and played his part in the awards ceremony by handing trophies to several of the winners.

Ronaldo’s statement on Instagram:
Couldn’t be happier with tonight’s award! As I’m about to celebrate my 20th year as a professional footballer, Globe Soccer Player Of The Century is a recognition that I receive with so much joy and pride! Once again, great Gala tonight in Dubai at such an amazing place as Burj Khalifa.

Finally I must thank, once again, to the Dubai Royal Family for the respect, friendship and hospitality that I allways receive in wonderfull Dubai, and to all the fans that voted for me in such a huge worldwide online voting with over 21 million votes.
Source: Agency Report