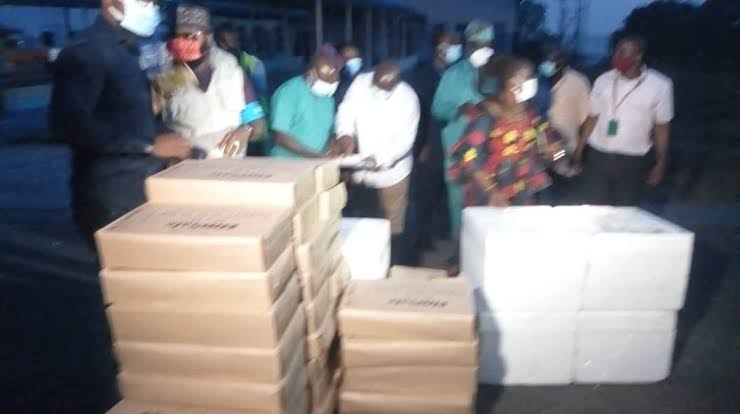 By Charles Akinbode
Osun, Ondo and Ekiti State governments have taken delivery of doses of COVID-19 vaccines for their people.
According to a statement by the press officer in the Office of the Secretary to Osun State Government, Mr. Jelili Tiamiyu,
the vaccines were delivered at Akure Airport at 7:11pm.

The statement said that the Commissioner for Health, Dr. Rafiu Isamotu, Special Adviser to Osun State Governor on Public Health, Dr. Siji Olamijulo, and chairman of the Osun Primary Health Care Development Board, Hon. Leke Ogunsola, received the vaccines on behalf of Osun State Government at the airport.

The statement also said that the state government had made provision for solar-powered refrigerators at local government areas for storage of the vaccines.