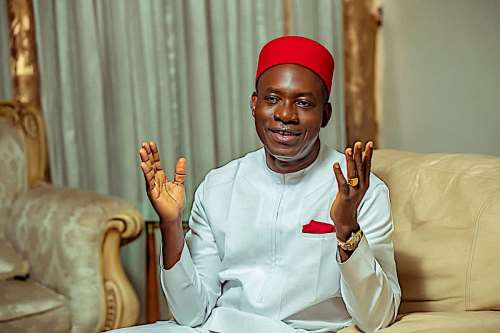 The candidate of the All Progressives Grand Alliance (APGA), Prof. Charles Chukwuma Soludo, has been declared winner of the November 6 (Saturday) and 9 (Tuesday), 2021 Anambra State governorship election.

Soludo was declared the winner by the Independent National Electoral Commission (INEC) after polling 112, 229 votes to defeat candidate of the Peoples Democratic Party (PDP), Valentine Ozigbo, who scored 53,807 votes and the candidate of the All Progressives Congress (APC), Andy Uba, scoring 43,285 votes.

The returning officer for the election and Vice Chancellor of the University of Calabar, Prof. Florence Obi, made the announcement of the final result at about 1:50 am on Wednesday.

She said Soludo won after adding the figures by each of the political parties in the Tuesday supplementary polls to those already declared on Sunday from the 20 Local Government Areas of the state.
According to her, the APC scored 43,285 votes, APGA, 112, 229 votes and the PDP, 53,807 votes among other participating political parties.

She said: “This is the moment we have been waiting for. I want to use this opportunity to thank the chairman of the INEC and his team for this opportunity given to me and my university to partake in this Anambra 2021. I thank the service chiefs, the people of Anambra State, we remain very grateful.

“Allow me to read this form EC8E, which I have completed. I, Prof. Florence Banku Obi, hereby certify that I’m the returning officer of the Anambra governorship election held on 6 and 9 of November.
“That Charles Chukwuma Soludo of APGA, having certified the requirement of the law is hereby declared the winner of the election.”