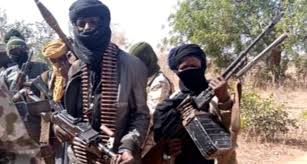 Bandits have reportedly killed three persons and abducted several others in a mosque attack at Baba Juli village in Taraba State.

The victims were said to be breaking their fast on Tuesday in a mosque around 6.25 pm in the village under Ball Council Area of the state when the armed men struck.

An eyewitness disclosed that the gunmen were about 50 in number.

Preferring not to be named, he said the worshippers were breaking their fast at a popular mosque in the village before the incident.

He said: “We were breaking our fast inside the mosque when we started hearing gunshots and there was nothing we could do to counter the terrorists.

“Apart from three persons that were killed, many worshipers and villagers were abducted and taken to an unknown destination. The terrorists attempted to invade the village last week but were repelled by the people.”

The Police Public Relations Officer (PPRO), Usman Abdullahi, who confirmed the incident, said the police command is still waiting for more details from the Police Divisional Officer in the council.