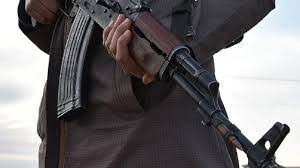 Uzozie, who was a Special Adviser to a former Chairman of Nnewi South Local Government Council, on Saturday morning was kidnapped in his house located at Umudiji Umuohama area of the town.

The victim’s only son was said to have been shot and injured before his father was whisked away to an unknown destination.

An eye witness account revealed that the bandits were shooting as they forced their way into Uzozie’s compound.

Meanwhile,the Public Relations Officer for the Anambra State Police Command, Tochukwu Ikenga, who confirmed the incident, said that a manhunt had been launched to rescue the victim from his abductors.