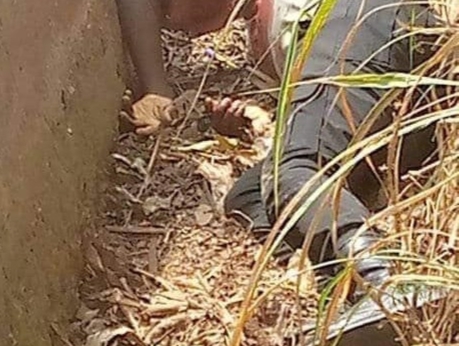 The gunmen reportedly were coming from the Oko-Ekwulobia area and attacked the FRSC officials at Igbo-Uku-Uga route in Ezinifite area of the state.

Confirming the incident, FRSC spokesperson, Bisi Kazeem, in a statement on Sunday, said gunmen shot the officers around 2:45 p.m. when on patrol operations.

Kazeem said: “A team of patrol operatives of the Federal Road Safety Corps comprising an officer, a driver and two other staff on patrol operations have been attacked by unknown gunmen leading to the death of two personnel with one sustaining severe injuries.

“One official escaped through the bush while they rushed an injured team leader to the hospital.

Acording to him, the Corps Marshal, Boboye Oyeyemi, has reacted to the attack, which he decried.

He disclosed that the Corps Marshall had condoled with the families of the deceased officials.

He quoted Oyeyemi as saying that the FRSC would work with the police and other security agencies to track down the gunmen.