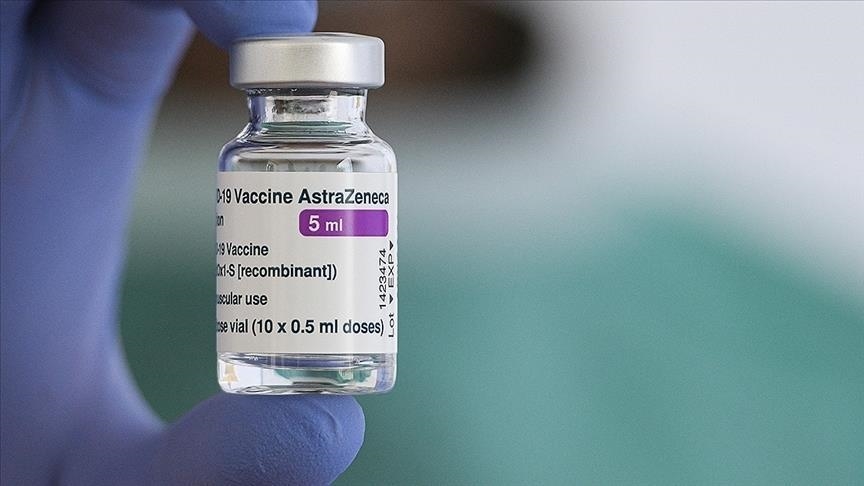 Three European countries, Denmark, Norway and Iceland, have temporarily suspended the use of AstraZeneca’s COVID-19 vaccine as some patients are reportedly developing post-jab blood clots.

But the manufacturer and Europe’s medicines watchdog are insisting that the vaccine is safe.
Meanwhile, the European Medicines Agency on Thursday said information available so far indicated the risk of blood clots in those vaccinated against COVID-19 was “no higher than that seen in the general population.”

It also told AFP that European countries could keep using the AstraZeneca vaccine while the issue was under investigation with the conclusion that “the vaccine’s benefits continue to outweigh its risks.”

First to announce suspension of the jab, Denmark described the move as precautionary, saying: “It has not been determined, at the time being, that there is a link between the vaccine and the blood clots.”

As of March 9, 22 cases of blood clots had been reported among more than three million people vaccinated in the European Economic Area, the EMA said.

Austria announced on Monday that it had suspended the use of a batch of AstraZeneca vaccines after a 49-year-old nurse died of “severe blood coagulation problems” days after receiving an anti-COVID shot.

On Wednesday, the EMA said a preliminary probe showed that the batch of AstraZeneca vaccines used in Austria was likely not to blame for the nurse’s death.

Denmark however suspended the use of its entire AstraZeneca supply, as did Iceland and Norway in subsequent announcements Thursday citing similar concerns.
“This is a super-cautious approach based on some isolated reports in Europe,” said Stephen Evans, a professor of pharmacoepidemiology at the London School of Hygiene and Tropical Medicine.
“The risk and benefit balance is still very much in favour of the vaccine,” he said.
AstraZeneca, an Anglo-Swedish company that developed the vaccine with Oxford University, defended the safety of its product.
“The safety of the vaccine has been extensively studied in phase III clinical trials and peer-reviewed data confirms the vaccine has been generally well-tolerated,” a spokesman for the group told AFP.
AstraZeneca’s share price was however down 2.28 per cent in mid-afternoon trading in London.

Britain, whose widely-praised vaccine rollout has been largely underpinned by the AstraZeneca jab, also defended it as “both safe and effective”, while Sweden and the Netherlands said they would continue to use it.

The Danish suspension, which will be reviewed after two weeks, is expected to slow down the country’s vaccination campaign.

If Denmark were to move on without AstraZeneca, its health authority said it expected to have its entire adult population vaccinated by mid-August instead of early July.
“We are of course saddened by this news,” said Prime Minister Mette Frederiksen.
Frederiksen, who has pushed for the production of more vaccines and has formed a controversial alliance with Austria and Israel to do so, defended the Danish health authorities’ decision.
“Things have gone well in Denmark, but there are some risks linked to the AstraZeneca vaccine that need to be examined more closely,” she told reporters.
“That seems to me to be the right way to proceed.”

Health Authority director Soren Brostrom stressed that Denmark was pausing use of the AstraZeneca jab, not terminating it.
“But both we and the Danish Medicines Agency must act on information about possible serious side effects, both in Denmark and in other European countries,” Brostrom said.

The EMA has launched an investigation into the death of one person who died after receiving the vaccine in Denmark.
Allan Randrup Thomsen, a virologist at the University of Copenhagen, told AFP that so many people were being vaccinated with the AstraZeneca jab “that it’s hard for me to believe there should be a real problem”.
“But it’s very important that a thorough investigation is performed,” he added.
Around 25 per cent of those who have received a first dose in Denmark, a country of 5.8 million, were given the AstraZeneca jab.
In total, 3.8 per cent of the population have received two vaccine doses and 13.4 per cent at least one dose.
Source: AFP