23 Niger residents drown while running away from bandits’ attack 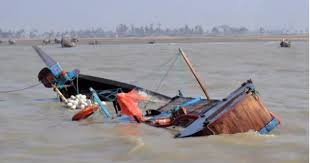 Tragedy has struck Guni and Kurgbaku communities in Munya Local Government Area of Niger State when twenty three residents got drowned in Guni-Zumba River as they were fleeing bandits’ attack.

The victims were said to be crossing the river to Zumba and Gwada IDP camps when their boat capsized.

Women and children were mainly victims, according to a resident, Shehu Abubakar, who was among many victims that escaped when bandits attacked the two communities.

It was learnt that on Wednesday morning bandits reportedly invaded the two communities, forcing the residents to flee.

Abubakar said the boat was over loaded and capsized in the middle of water.

He said: “Bandits invaded our communities this morning, and in an attempt to flee, some people drowned in Guni-Zumba river. Due to overloading, the boat capsized in the middle of the water. For now, we don’t know the number casualties because we have not been able to rescue anybody but I can tell you that over 20 people, including women and children, were involved.”

Another resident, Michael Madaki, decried lack of security presence in the area.

Meanwhile, the Niger State Police Command has not issued an official statement on the incident.